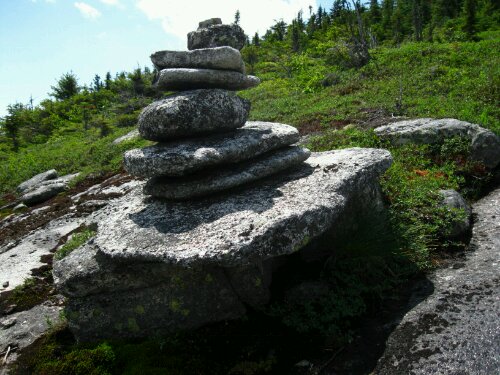 A pile of rocks used to mark trails where it may not be possible or a good idea to paint a blaze.

One who helps a hiker. One who performs trail magic.

A “magical” occurrence that happens while on the trail or in a trail town.

Examples include but are not limited to:

Someone picking up a hiker and driving them to town from the trail or the trail from town. Someone leaving water for hikers near trail heads where water is scarce. Someone extending themselves to help a Hiker in some way for no profit and at times cost.

Sunshine as you summit after a full day of rain. Finding a water source after miles of dehydration. Finding food trail side or in a shelter. Finding a room in time to see World Cup games:) Catching up with friends on the trail after taking a zero day. Beer:)

People feeding hikers for free. I think because we are so thin and always hungry people love to do this. 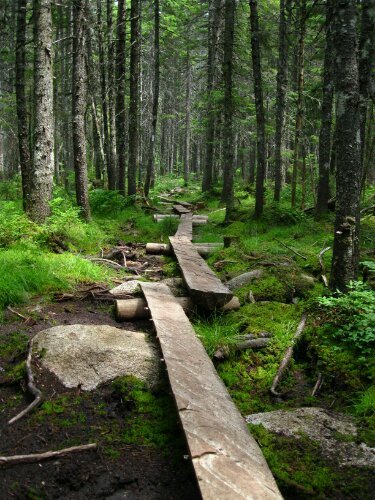 These are bog bridges. They are built to protect the natural bog ecosystems. They are very common on the Appalachian Trail in Maine.

A hiker going south on the trail. Me:-)

A hiker going north on the trail

A day when a hiker walks no miles. A day of rest. 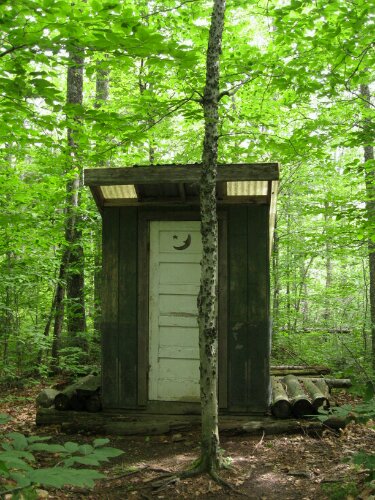 Outhouse. Not wild about these but it beats digging a cathole. This one had 2 seats in it. Not sure I understood that.

Lean To or Shelter 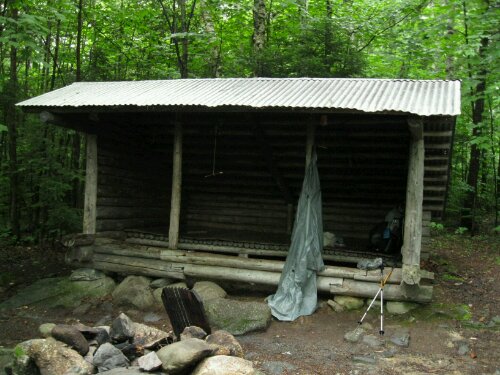 A “Lean To” or “Shelter” is a 3 walled structure generally made of logs with a metal roof.

They are usually built near reliable water sources and have privy’s as well. Most hikers camp in these.

I think they are pretty disgusting. They are known to have rodent problems. Thrill Billy said he woke up with a mouse running across his face and into his sleeping bag the other night in one.

I do not camp in them but have Hung out in them once or twice seeking temporary shelter from the rain. Even if I camp near one I hammock.

A lot of people who do the trail use “Trail Names” or alias. I get it now. It distinguishes the Jane that is hiking south bound and has done the whole trail 3 times from the Jane who is north bound and only doing a 3 day section hike.

I have been asked many times if I have or want a trail name. No thanks. I’ll just go by Chip. Always will.